" Got the treasure! What could I do if I keep it?" Yunona Sizikh tells to "Fintolk".

In 2019, the spouses from the city of Kursk asked the court to recover the treasure reward. They were able to confirm in three instances their right to a reward for the coins of the Russian Empire in the late 19th and early 20th century, which they found and handed over to the police. 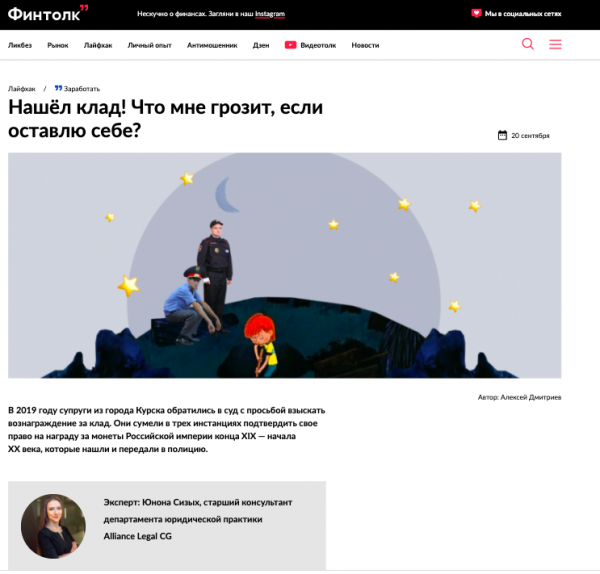