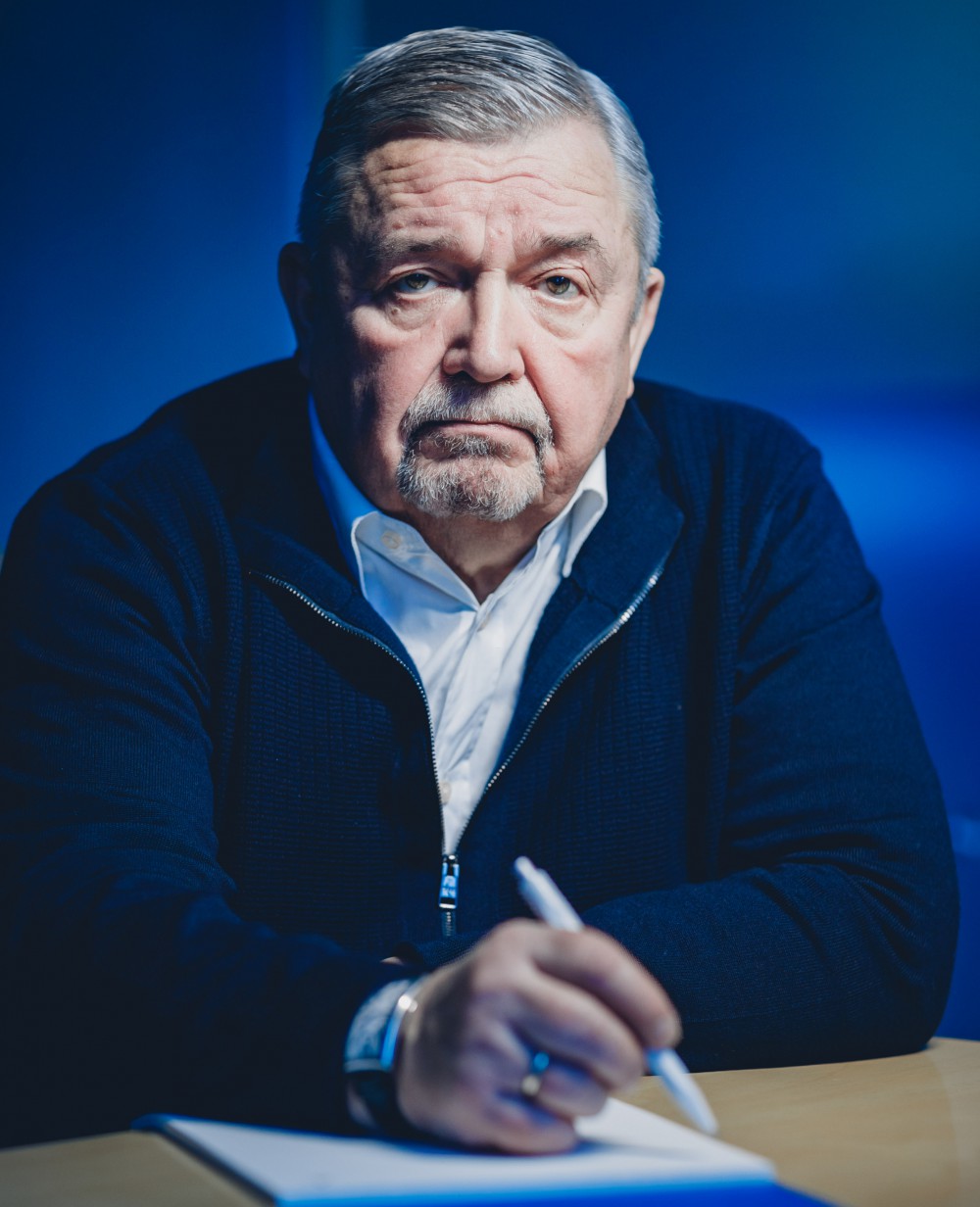 Ovchinnikov Nickolay
Chairman of the Scientific Advisory Board
Education

Graduate of the Sverdlovsk Institute of Law. R. A. Rudenko (now - the Ural State Law University).

Mr. Ovchinnikov is chairman of the Scientific Advisory Council of Alliance Legal CG and serves as the consultant in such areas of activity as: criminal law practice and economic security, administrative regulation and public-private partnership.

Colonel-General of the Police, Honored Lawyer of the Russian Federation. Russian statesman, member of the Board of the All-Russian Public Organization "Association of Lawyers of Russia".

In 2019, Mr. Ovchinnikov was appointed Chairman of the Commission for Safety of Entrepreneurial Activities of the Sverdlovsk Regional Union of Industrialists and Entrepreneurs. The Commission, headed by Nikolai Ovchinnikov, provides entrepreneurs with legal assistance on issues of digital security, protection of business from external and internal threats, and interaction with government agencies (learn more).

Mr. Ovchinnikov was awarded the Order of Friendship, the Medal of the Order of Merit for the Fatherland of the II degree, the Medal "For Irreproachable Service" of I, II, III degrees, the Highest Legal Award "Themis" in the category "Public Service", the Order of "Holy Passion Bearer of Tsar Nicholas" Honorary sign of the national foundation "Public Recognition".

In 2022, he took up the post of Acting Chairman of the Veterans' Council of the Internal Affairs Bodies and Internal Troops of the Russian Federation (learn more)

Publications
Nikolai Ovchinnikov: about mentorship, empathy and Alliance Legal CG. Interview for Russian Business Guide
Nikolai Ovchinnikov began his service in the internal affairs agencies as an investigator, was an inspector of criminal investigation, headed the Yekaterinburg City Department of Internal Affairs, the Main Department for Combating Organized Crime and Terrorism of the Russian Interior Ministry, and for several years was a state secretary – Deputy Minister of Internal Affairs of Russia. He was elected deputy to the State Duma of the third convocation and took an active part in legislative activities. In 2014 Honored Lawyer of Russia, retired Colonel General of Police Nikolay Ovchinnikov headed the Scientifiс Advisory Board of the consulting firm Alliance Legal CG. In 2022 he was appointed Acting Chairman of the Council of Veterans of Internal Affairs and Internal Troops of the Russian Federation
Details
Nikolai Ovchinnikov takes over as head of the Council of Veterans of the Interior Ministry
Retired Police Colonel-General Nikolay Ovchinnikov has been elected interim chairman of the Interior Ministry's Council of Veterans of Internal Affairs and Internal Troops on the proposal of Interior Minister Kolokoltsev. The appointment is to be further confirmed by an all-Russian conference.
Details
"Even the "giants" of the economy are faced with an excess of control. Interview by Nikolai Ovchinnikov at Znak.com
About a year ago, the Sverdlovsk Regional Union of Industrialists and Entrepreneurs set up a new commission on business security. It was headed by Nikolai Ovchinnikov, a legendary Sverdlovsk security officer and police colonel general. At one time he headed the Internal Affairs Department of Yekaterinburg, and later made his career at the federal level, including his political career.
Details
Alliance Legal CG provides legal assistance to non-profit organization for, developing the Pro Bono tradition. Article by Pravo.ru
Alliance Legal CG has concluded an agreement on gratuitous judicial representation of the Autonomous Non-Commercial Organization "Sports Club of Ural Federal University" (co-organizer of the World Boxing Championship-2019). Pravo.ru
Details
Entrepreneurs will be able to apply for legal support to Nikolay Ovchinnikov.
Business representatives will be able to apply to the Commission for the Coordination of Combating Organized Crime and Other Dangerous Types of Crimes on the territory of the CIS Member States and personally to the head of the Commission Nikolay Ovchinnikov for legal assistance on issues of digital security, protection of business from external and internal threats, interaction with government agencies.
Details
"Nikolai Ovchinnikov headed the commission for security." "Kommersant."
Colonel General of Police promises to advise the business on protection against various threats. *Nikolai Alexandrovich Ovchinnikov - Chairman of the Scientific Advisory Board of Alliance Legal CG
Details
Interview by N.A. Ovchinnikov for the Russian Business Guide
On the 70th birthday, Russian statesman, Colonel General of Police and Distinguished Lawyer of the Russian Federation Nikolai Ovchinnikov spoke about his work as Chairman of the NLC, the importance of continuity in the legal profession and the qualities required for a young lawyer to work effectively and build a successful career in an interview with Russia Business Guide.
Details
"Cradle of the Constitution and the Civil Code". Interview by the Managing Partner of Alliance Legal CG for the magazine "Corporate Lawyer"
Evgeny Karnoukhov fell in love with law at an early age. There was no question of choosing a university. One should study at the institution, which graduated the founders of the Constitution, the Civil Code and arbitration process, S. S. Alexeyev and V. F. Yakovlev. F. Yakovlev. The leading law school in the Urals provided not only a significant base for development, but also the beginning of a career. Evgeny Karnoukhov, Managing Partner of Alliance Legal Consulting Group, and Nikolay Ovchinnikov, Chairman of the Scientific Advisory Board of Alliance Legal CG, recall their alma mater with warmth and are proud of their choice - Ural Law State University.
Details