​​The legal business in Russia is still in its initial stage of establishment. However, its short history does not excuse inactivity in reforming the national legal market. During almost 30-year history of modern Russia, this market has been spontaneously developing and (paradoxically, but in fact) outside the legal field.

"There are long periods for reflection, there are historical minutes to resolve." Peter Stolypin

The Attorneys Act adopted in the very early 2000s does not meet the current needs of the legal services market and the conception of a rule-of-law state integrated into the world economy.

We have learned about the current state of affairs in this area and the real routes of its development from Evgeny Karnoukhov, Managing partner of Alliance Legal CG, and Nikolai Popov, Managing Partner of the Law Office of this company.

ELEVEN FOREIGN LAW FIRMS CROSSED THE $2 BILLION THRESHOLD IN REVENUE FOR 2019, WHILE ACCORDING TO ROSSTAT, THE ENTIRE ANNUAL VOLUME OF PAYABLE SERVICES TO THE POPULATION UNDER THE CATEGORY "LEGAL SERVICES" IN RUSSIA HARDLY REACHES $1.4 BILLION (100 BILLION RUBLES). 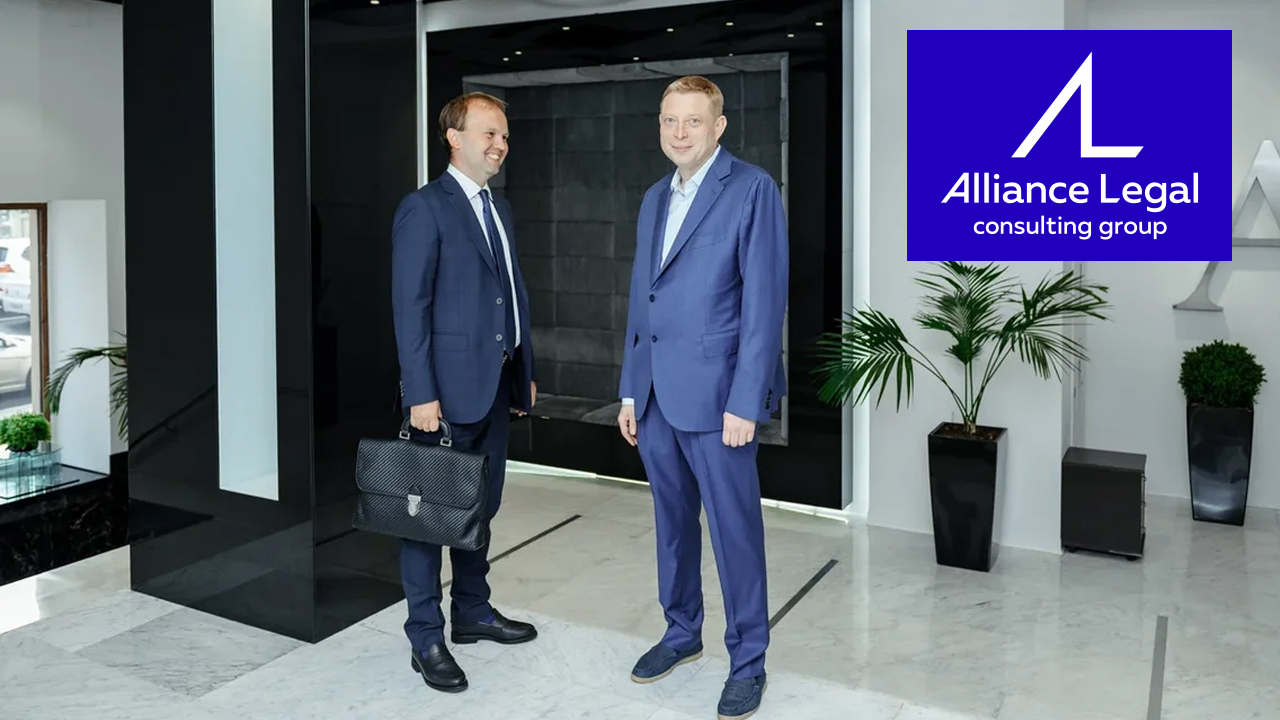 While in England and in the USA the legal business has a signifi cant share of GDP, and the annual turnover of many law firms exceeds billions of dollars, the Russian market of legal services is in turmoil and legal negligence.

Not the only, but the main reason of the painful situation is the lack of a professional court representation in Russia, or the so called «lawyer monopoly». Th is term implies that individuals with the status of attorney are granted the exclusive right to provide legal services on a reimbursable basis.

While in most countries of the world, especially those with developed legal systems, there is a «lawyer monopoly» for the whole range of legal services or judicial representation, the domestic system is firmly anchored in the legal framework of such countries as Albania, Congo, Moldova, Kyrgyzstan and Estonia.

Today, the right to provide legal services in Russia, except for the lawyers themselves, has legal consultants who do not have this status, operating as part of commercial and non-commercial organizations or as part of individual practice. And also lawyers working in the legal services of various enterprises and state institutions.

The way out of this situation is to unite a fragmented market of legal services into a single regulated profession on the basis of the Bar and at the same time to modernize the existing legislative platform. Undoubtedly, a prerequisite for such a reform should be a comfortable transit of commercial organizations providing legal services to the appropriate forms of legal entities - the so-called law fi rms. Despite the fact that the creation of the «lawyer monopoly» is aimed at ensuring the international obligations of Russia, adopted in July 2012, when joining the WTO by ratifying the Marrakesh Agreement, the concept of regulation of the market of professional legal assistance has been for several years «roaming on the sidelines» of the Ministry of Justice. Th e draft of this concept, aimed at launching a large-scale reform of the legal market, which was sent for revision in 2017, seemed to be forgotten until last November Dmitry Medvedev promised to present its fi nal version in June 2020. But September is out there.

WHO IS TO BLAME?

However, the idea of a «lawyer monopoly» is subject to reactionaries not only and not so much by the state, but also from within the professional community. Th e unifi cation of a fragmented market for legal services into a single regulated occupation, subject to common professional and ethical standards, is resisted by representatives of the «gray» sector of the market, characterized by a lack of regulation and the possibility of concealing income. Equally strong resistance is expressed within the Bar, the old-timers of which are afraid that the predominance in some regions of the lawyers - not attorneys over the number of attorneys in the legal community will lead to a sharp change in the governing bodies of the Bar and the traditional practices. It should be noted that the concept presented in 2017 by the Ministry of Justice was of a compromise nature, leaving the internal lawyers of organizations working under an employment contract the right to legal representation of their employing companies. While, for example, in the USA, only a lawyer can represent interests in court, even if he or she is a full-time lawyer of the corporation. In this «benchmark» version, professional court representation would enable the Russian Bar association to take a strong position among medium and large businesses that now prefer to hire foreign fi rms and their Russian subdivisions or possess entire legal departments of lawyers - not attorneys.

Nevertheless, the reforming of the legal market, even if it is progressive and implemented through compromises, cannot be postponed. Combining the legal profession with the simultaneous consolidation of commercial forms of organization of the Bar, in accordance with the best international practices, will allow to form a highly competitive but civilized environment in this market. In other words, for the fi rst time in the history of Russia to create the « legal service business» represented by law fi rms. Functioning of such a law fi rm as a business unit is possible only by means of fi xing new commercial forms of organization of law fi rm activity, which allow: – to conclude agreements on providing legal assistance to trustees directly to the law fi rm and not to lawyers included in its structure; – to freely distribute the fi nancial results of the activity of the fi rm without reference to the personal professional contribution of an attorney to the work on a particular case; – to offi cially structure employment functions between partner advocates participating in the management of the fi rm (on the basis of a corporate agreement concluded between them) on the one hand, and hired advocates not participating in the management, assistants and trainees (on the basis of an employment contract with the fi rm) on the other hand. At the same time, permission for lawyers to work under employment contracts not only with law fi rms, but also with other employers would solve the problem of entering the Bar by interested representatives of the legal community and creating the institution of professional judicial representation in Russia in the most progressive form. Expansion of the legal support for Russian business, rise of the level of legal culture and investment attractiveness of Russia, development of the competitiveness of judicature, the growth of the trust index to the Russian justice as to a comfortable jurisdiction for dispute resolution - this is just an incomplete list of positive consequences of the so necessary reform!